The Villa di Geggiano has for more than five centuries, under the auspices of the Bianchi Bandinelli family, been renowned for superb hospitality and generosity – as well as delicious food and sumptuous wines.

If you have questions or comments, please contact us in whichever way is most convenient. You can use this form, or email us at reservations@villadigeggiano.co.uk or call us on 020 3384 9442

As in Italy, creativity is very proudly prized at Villa di Geggiano, London. We make our own pasta and Italian ice cream on the premises and we import the finest truffles all the way from Italy.

And, because we love art as much as we love pasta, within the restaurant’s ‘Galleria D’Arte’, Ilona Pacia, art patron and a keen collector, curates and supports a Resident Artists Programme with the support of many Royal Academicians and Tate Modern patrons who gather at The Villa to host live-painting events and exhibitions.

ROBERT FRY (b. 1980, London) has exhibited extensively at galleries and institutions in the UK and abroad including the Royal Academy Summer Exhibition and the Saatchi Gallery in London, the Museum of Modern Art in Moscow, and in private collections throughout Europe, the United States and South Korea.

ZOOBS Zubair Ansari(known to the art world as Zoobs) is renowned for his celebrity portraits including Madonna in ‘Madonna’ and ‘Express Yourself’, Amy Winehouse in ‘Back From Black’, and Elton John in ‘Elton Magic’. Many of his works have been acquired by private collections including his Kate Middleton ‘God Save The Future Queen’ portrait which was purchased by Dolce & Gabbana.

MOUSSA SANOGO’s (b 1979, Paris), grandmother was a painter of tribal images which greatly influenced his style and taste. Starting his career as a model, at 18 he became the face of Paul Smith amongst many others. Moussa has recently been included as one of the ‘Top 100 Street Artists’ to exhibit at the first ever ‘Street Art Fair International’ in LA in 2015. His collectors include Grace Jones, Paul Smith and the Delavigne Family.

IAN EDWARDS learned his craft within a five-year apprenticeship, fine-tuning his ability to portray form and movement. He expresses the power and determination of human endeavour inspired by natural forces. In both ‘Self Made Man’ and ‘Creation of Self’, a figure carves himself out of a mass of rock. Ian has publicly sited commissions and has become popular with private collectors throughout Europe and America.

AGATA DI MASTERNAK graduated from the Academy of Fine Arts in Warsaw, and Central St. Martins earning degrees in Painting, Sculpting and Textiles. Agata has a compelling life story, reflected in her accomplishments, and are a testament to her spirit and motivation. Agata sees her work as a private investigation into her subjects’ character and personality, crossing the border into the soul living in the body.

NIC PARNELL designed the ‘Tree’ for Villa di Geggiano. A Brighton University graduate and a trained cabinet maker, Nic’s work harnesses the multiplicity of his disciplines and interests to innovate new and explorative techniques, resulting in organic pieces that stimulate the senses.

ANDREW CHISHOLM is interested in the unexplored possibilities of analogue media. In his London studio, he has used the space available to construct a unique ‘lightless’ space to make his life-size colour photograms. His working method dispenses with a camera, reducing the process to the basic elements of light, paper, subject and chemistry. Andrew Chisholm recently returned to formal study, graduating from The University of Westminster with first-class honours in photography.

PAUL KHERA started his career taking stills at Channel 4, followed by designing posters and catalogues for the ICA in London. He has also written a  book on philosophy and folklore, and a suite of music to go with it. Lately, the projects have mainly been self-motivated, He is currently working on a hand-built retreat in the Himalayas in which he has designed everything from the building to the interior and the furniture.

SACHA JAFRI’s grandfather was close friends with Gandhi, while he himself went to Eton with Prince William. Today, Sacha Jafri is one of high society’s most in-demand artists. Currently on display on our Terrace, his life-sized Elephant formed part of a collection of 260 model elephants of London Elephant Parade in 2010. It was gift from The late Sir Roger and Lady Moore to conservationist Mark Hiley of www.nationalparkrescue.org. She is being sold to raise money for Urgent elephant rescue operations

TIDE’s first influences were the NY street art and UK post-punk scenes. He has been producing art since the late 1990s when he was involved in the London art / skateboard scene alongside some now world-famous names. He works in many different media, although is mostly known for his Pop Art pieces. His work is in collections in Australia, Canada, Cyprus, France, Germany, Hong Kong, Ireland, Italy, Japan, Luxembourg, Mexico, Monaco, New Zealand, Russia, Slovenia, Spain, Sweden, Switzerland, Taiwan, UAE, the UK and the US.

KAROLNA SKOREK`s work takes you on a magical journey into her Dreamland – a world filled with symbols, archetypes and dark shadows lingering in the corners. Where realism mixes with magic and surreal concepts. Each image shows us a story that brings light and hopes to the brooding melancholy we all have inside us. She draws her inspiration from her dreams, as well a strong belief system inherited from her ancestors. 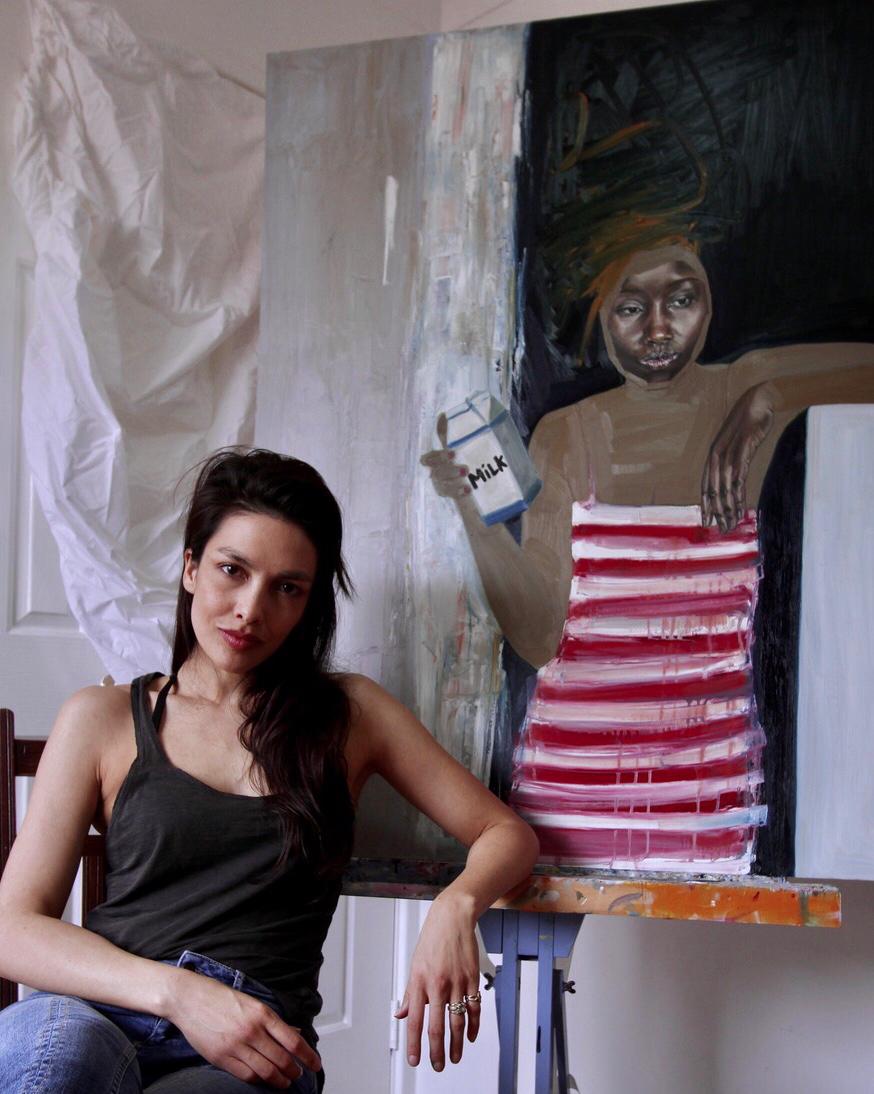 LOUISE HOWARD began dabbling in anything and everything related to art from a very early age. Her subject matter is mainly focused on the human form with a particular interest in the myriad details and emotions presented in the faces she paints. Louise works in oils and strives to highlight the human condition in her works and explore the subject matter as an object of stillness and beauty without being attractive in the conventional sense. 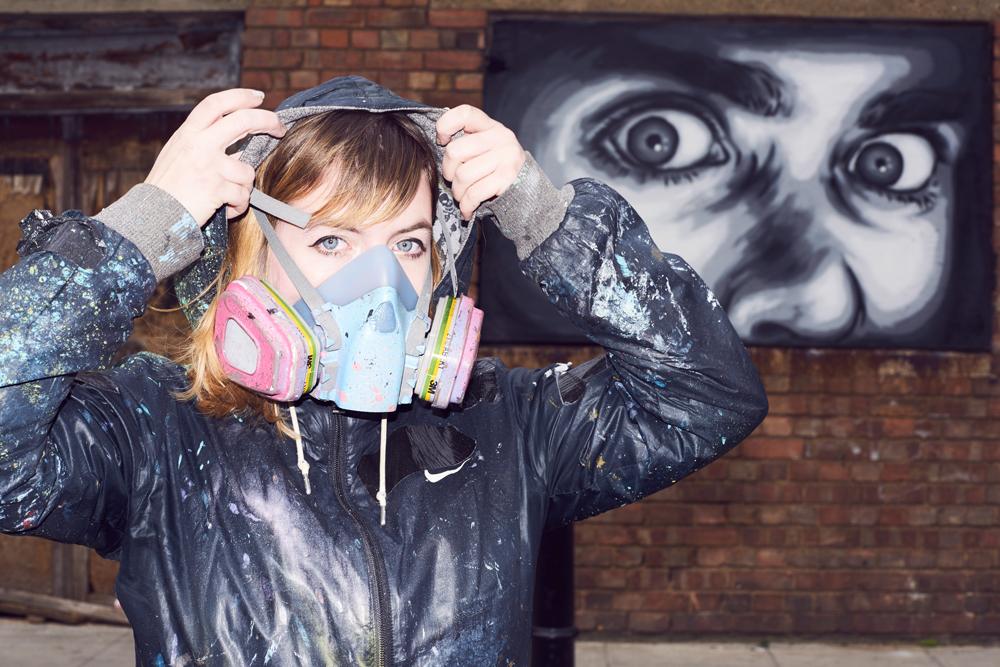 ZABOU is a French street artist based in London, painting photorealistic murals.  Zabou’s artworks are both striking and thought-provoking, and focus on the expression and emotions of her subjects. Zabou takes part in festivals and art projects all around the world, from Europe and Asia to South America, making the world more colourful one wall at a time. She has been asked to exhibit her work multiple times at Saatchi Gallery in London, where her first solo exhibition will be held in 2021. 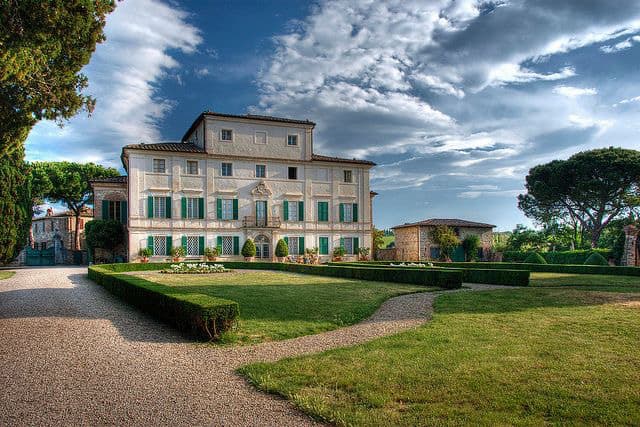 THE VILLA ITSELF is a National Heritage site of outstanding beauty. The Villa di Geggiano has been the family home and winery of the Bianchi Bandinelli family since 1527. Its opulent gardens and 18th-century interiors have been carefully renovated and restored to their former glory. The Villa hosted many international artists who spent their summers there in search of inspiration and the family are still great supporters of creativity and culture.